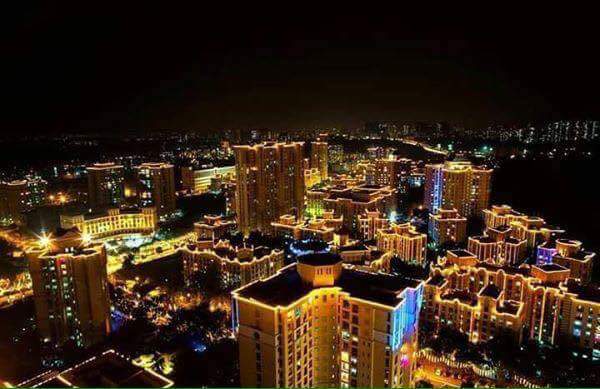 
The existence of Thane city appears in the global history since the 9th century A.D. The city was then known as Shreesthanak. It was more popularly known as the Capital of the Shilahar dynasty. The history of Thane city can be broadly categorized into 5 eras.
1. Vedic period to 1300 A.D. : Comprising of Hindu or ancient period,
Aparant , Shilahar and Bimba Dynasty.
2. 1300 –1660 A.D. : Mohamedan and Portuguese Rule.
3. 1660-1800 A.D. : Maratha and Portuguese Rule.
4. 1800-1947 A.D. : British Rule.
5. 1947-till date : Post Independence Thane.
‘Aparant’ is the ancient name of the geographical area hosting Thane city. During the Indian expedition of the Greek Emperor Alexander, a number of philosophers, historians and geographists visited India. Among them a Greek historian ‘Tolemi’ has mentioned about the city of Thane in his writings. A famous sailor named Marcopolo had also visited Thane in 1290 A.D. and noted it to be one of the best cities in the world. A place called ‘Ghodbunder’ was famous for horse trading thus deriving its name from the word ghoda i.e. horse and bunder meaning port. During this period a fabric called ‘Tansi’ was exported from Thane. During the period from 13 A.D. to 17 A.D., the Muslims, Portuguese, Marathas, & the British dynasties ruled Thane. From 810 A.D. to 1260 A.D. the Shilahar Dynasty ruled over Thane.
The Emperors of Shilahar dynasty were disciples of Lord Shiva and the Kopineshwar Temple has been built during their reign. During this period, due to the secular attitude and tolerance of Shilahars towards different religions, a large number of people from different communities like Parsis , Christians, Muslims and Jews settled down in Thane, thus sowing seeds of a cosmopolitan city.
At this time the Shilahars also divided the city into different sections and named them as ‘padas’. It is seen that these padas exist even today by names of Naupada, Patlipada, Agripada etc.
In the earlier part of the 12th Century A.D. with a view to create a new township, King Bimbadev, along with 66 segments of his community came over and settled in Thane. In 1480 A.D. ‘Sultan Mehmood’ of Gujarat made Thane the Capital of his ‘Subha’ Province.
St. John the Baptist Church was constructed in Thane in 1663 A.D. The construction work of famous Thane Killa (Fort) was started in 1730 A.D. In 1737 A.D. Chimaji Appa the Maratha Sardar planned the ‘Conquest of Vasai’ and on 28th March, 1738 the Marathas conquered the Thane Killa. The fort is presently being used as ‘Thane Central Jail’.
The Portuguese ruled Thane for over 200 years from 1530 to 1739 A.D. During this period Thane was known as “Kalabe De Tana”. In the year 1744 the British conquered Thane city along with its fort.

The famous Kopineshwar Temple was renovated in the year 1760. In 1778 the palatial residence of the Peshwas was converted into the Court building. In the year 1780 Keshavji Sorabji Rustomji Patel constructed the first Parsi Agyari in Thane. The first District Court was established in the year 1803 A.D. The Thane Borough Municipality was established on 10th March 1863.

The first ever railway train was started on 16th April, 1853 from Boribunder to Thane, giving Thane the honour of hosting an event of historical importance in the city. In the year 1880 the Thane Borough Municipality spent Rs. 12,960/- on construction of the Pokharan Lake, to make use of the lake water for drinking purpose. The first elections of the Municipality were conducted in the year 1885.

The first newspaper in Thane was launched in the year 1866. Different Marathi magazines like Arunodaya, Survodaya, Vakilancha Sathi, Nyaylahari, Manohar, Dyanapradip, Dyanadipika were seen to be in circulation thus showing the importance of the print media during that period.

The first census took place in the year 1881 and the population of Thane at the time was 14,456. The Jain temple of Thane was built in the year 1879. The first ever English medium school was started in 1821 and was named as ‘Thane English School’. In the year 1893, the first Marathi Library was established. In June 1897 Lokmanya Tilak visited Thane. On 19th April, 1910 noted freedom fighters like Veer Anant Laxman Kanhere, Gopal Krishnaji Karve & Vinayak Narayan Deshpande were hanged till death in the Central Jail for killing the then Nasik District Collector Jackson. In 1938 noted freedom fighter Veer Savarkar was felicitated by the citizens of Thane after his release from the British confinement. In 1920 a road near Masunda lake was named after Dr. F.A. Moose for the commemorative service during the epidemic of plague.
Reference:
http://www.thanemahapalika.com/english/history.htm
http://books.google.com/books?id=cdXnVOKKkssC
http://www.aapalethane.com/OurThane/history.htm

(Source: Hindustan Times, Lives Thane-Mulund, 21 February 2009).
No new civic taxes are levied. No hike in the existing levies is proposed.

Restaurants and Hotels in Thane

Email ThisBlogThis!Share to TwitterShare to FacebookShare to Pinterest
Labels: Mumbai-Thane